Conversation Tips: Things to Talk About this Weekend

It's been a crazy and sometimes volatile week in the worlds of politics and pop culture.  And yet, still, it can be hard to know what to talk about on a date.  Which topics are safe and which ones are best to stay away from?

Here are a few things that might make for interesting conversation on your date this weekend.

Remember, as always, to listen to your date's answers and ask follow up questions.

It might be a good idea to stay away from more highly charged topics like the President's State of the Union speech. If you do find yourself in a spirited discussion, remember that there is a fine line between a debate and an argument.

Posted at 08:27 AM in Conversation Tips | Permalink

The world has changed a lot in the last 10 ten years. Click on facebook and you can see what your old high school friends had for breakfast. Thousands of strangers blog the random details of their daily lives. People tweet medical procedures and court trials.

In this context it's hard to know, sometimes, what's appropriate to share and what would be considered oversharing. That said, it's important to remember a few key guidelines for sharing/oversharing during your first few dates.  There are some topics of conversation that are almost always a bad idea.

* Don't mention your past relationships, horrible exes, or how difficult it has been for you to get back into the dating game (because you were hurt so badly).  This is not appropriate information for a first or second date.

* Don't mention family problems, or difficult relationships with family members. Wait until you get to know someone before you start airing your family's dirty laundry.

* Don't bring up health issues on the first or second date.  If you're out to eat, order what you can eat (if you have dietary restrictions) without a 5 minute explanation of what you're ordering and why.  Your date doesn't need to know about your medications and chronic illnesses at this stage of the game.

* Don't complain about work or co-workers. It's hard to do this without coming off as a negative person.

The key word here is edit. Edit yourself, thoughtfully, and have fun!

Conversation Tips: Things to Talk About this Weekend

It's hard to know, sometimes, what to talk about on a date.  Even the best of us can sometimes end up tongue-tied.

Here are a few things that have been in the news this week that might make for interesting conversation on your date this weekend.

Remember to ask questions, and be prepared to listen and ask follow up questions.

Posted at 10:58 AM in Conversation Tips | Permalink

Making Love a Priority in 2011 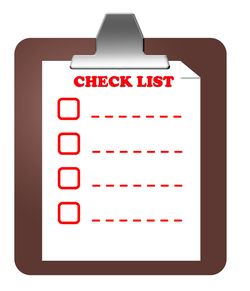 The results are in from our latest It's Just Lunch dating questionnaire and we were both surprised and excited by the final tally.

We had over 2000 people respond, and of those, more than 44% told us that their number 1 goal for the year was to find a compatible match.  Add to that, another 11% who said their number one priority was to go on more dates.

This desire was similar for both men and women, with over 40% of men and over 46% of women seeking their compatible match this year.

Where the sexes seem to differ is how men and women view the dating process. When asked whether they'd prefer to go out on a lot of dates, or go out on fewer dates but with people you are more compatible with, our female respondents almost universally opted for the latter.  Only 3.34% said they'd rather go out on a lot of dates.  The men were 3 times more likely to opt for more dates.

So men and women are both seeking they're compatible matches, in almost equal numbers, but have different ideas as to the ideal path to their goals.

Posted at 08:54 AM in Dating Advice | Permalink

Most daters, when asked about what they're looking for in a potential date/mate, eventually get around to mentioning an age range.  It's perfectly normal to want to date someone within a certain range.

For some people, this range might be 5 years older or younger than themselves. For others, they might only want to date people who are older (or younger). And within a specific number of years. Again, these are perfectly natural expectations, based on societal norms and life experience.

But what happens when the numbers lie?

Here are a couple of stories to illustrate what I mean.

Story #1:  A small singles mixer at an upscale bar. A group of people are tossed together by the hostess and encouraged to speak. And so they do. Within minutes it becomes clear that there is an odd man out in the group. Someone who seems out of place. Frankly, someone who seems a lot older than the others. And uncomfortable. He eventually removes himself from the awkward situation and the conversation carries on without him.

Later, the hostess tries a bit of matchmaking between the odd man out and one of the women from that group.  When said woman mentions that he might be a bit too old for her she is informed that he is, in fact, 3 years younger than her (and was one of the younger people at the mixer).

Story #2:  Some of you may recall last week's blog post. A, now, happily married couple shared the story of their It's Just Lunch introduction.

The woman in question was not that enthusiastic, prior to the date. In her words, "I had initially told IJL that he was a bit older than my parameters, but they convinced me he was probably more "youthful" than me, and that they just insisted I meet him."

Yes, it's perfectly natural to have a set age range for your ideal date/mate. But sometimes numbers lie. Some people are much older than their years. And others, much younger.  Does that mean that we should ignore age, completely?  No. But it's good to remember that age is just a number.  And sometimes numbers don't tell the whole story.

Posted at 08:59 AM in Dating Advice | Permalink