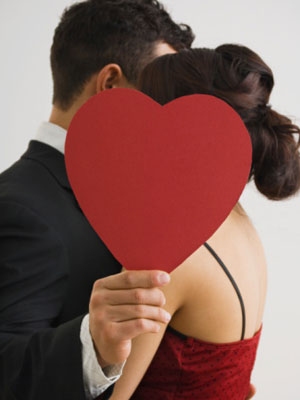 It’s often branded as a holiday that is reserved for couples only. Men usually become flustered at having to plan something for someone they may have seen only once or twice, while women worry as to whether or not they’ll receive flowers, chocolate, or even a date invitation on Valentine’s Day.  But is any of that really true? It’s Just Lunch recently conducted a survey that helped debunk some of these Valentine’s Day myths, especially for those who are in the early stages of dating. Let’s dive in!

Even if you’ve only gone on a couple of dates, it’s important to give/receive a gift on Valentine’s Day?

Men and women generally agree that gift giving doesn’t have to happen until you’ve known each other for a while. But according to our survey the majority of women (about 33%) believe couples can save the elaborate gift exchange for someone they’ve been seeing more than a few months. Even though guys don’t expect to receive a gift until they are in a committed relationship, guys will give Valentine’s Day gifts even if it’s only been a couple of dates.

Here’s a lesson for the guys:  flowers are always a nice gesture, but why not make Valentine’s Day a little bit more interesting, especially if you’ve only been going out on a few dates. While 31% of women said they would love a bouquet, almost 38% said they would prefer a gift certificate for an activity that they can share with their date. After all, if you’re getting to know each other a fun activity can help build that early connection. As far as chocolate goes, save it for Halloween; only 5% of women expressed interest.

Going out to a restaurant is a great way to spend Valentine’s Day?

Fine dining is one of life’s great pleasures, but let’s be honest: it’s not exactly the most unique idea. Even though 50% of guys said they like the idea of going to a restaurant on Valentine’s Day, only 38% of women agreed. Whether it’s your first date or your fiftieth, why not try something a bit more original? Perhaps an activity neither person has done before? (Remember what we said above!)

Both men and women have expectations for sex on Valentine’s Day?

Sex is a wonderful thing, but that doesn’t mean it has to happen on Valentine’s Day. In fact, 81% of men and 89% of women said they don’t expect to have sex just because it’s Valentine’s Day. However, taking the time to plan a great day as a couple will help create chemistry, and that often leads to those more intimate moments.

The theme of these myths should be pretty clear by now, but we’ll round out this post with the following point: Valentine’s Day is about love and romance and most of the time it falls on the shoulders of the men to plan something special and not the women. Yet, almost 60% of women say they would like to have a hand in planning with their partner. February 14th only comes once a year; why not work together to make it a special day and create a bond that lasts well beyond February 15th?