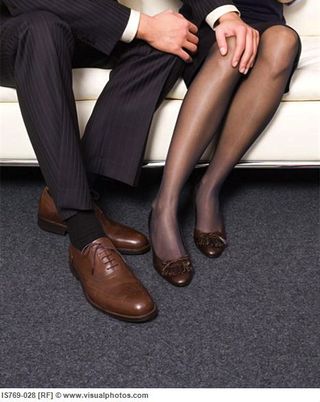 You know you LOVE your job. You practically live there. Your toothbrush is in your desk, you celebrate birthdays, major holidays, minor holidays, holidays you've never heard of, and major milestones there. You haven't had a phone at home in years because you pick up your voicemail at work more. Yep. You do live there. And now that you're out there and dating, you're wondering if someone else is going to understand that you have two residences, and that your career is the love of your life.

A while back, we at It's Just Lunch® conducted a survey about careers and talking about your professional life on dates, especially first dates. Almost 10% of those we asked, said that their career is a very VERY important part of their life and it was inevitable to talk about on a first date. Almost 52% of you said that your career was important, but you don't let it dominate the conversation on a first date....UNLESS your date is career oriented like you.

So to all you potential power couples out there, feel free to invite your job on your date. If you're interested in dating someone that's focused like you are, the right person for you is going to appreciate your passion and your drive, and won't ask you why your job is the third wheel in the relationship all the time. With both of you striving hard for success in your careers and supporting the other's endeavors, what can't you accomplish?!

Posted at 05:01 PM in Dating Advice, Relationship Insider, “On the Date” Tips | Permalink

Warming Things Up on the Second Date Ok. We’ve all been there. Fighting off the first date jitters can be quite a job.

A call to the best friend for support, a bottle opener and designated driver, or even a quick chat with your therapist (the first available neighbor at the mailbox).

BUT WHAT ABOUT THE SECOND DATE?

Those first date jitters grew into real anticipation in the past few days and now, expectations of another great time are running high.

“Were they really that attractive or was it just really excellent lighting??!!”

“What if I LOVE tonight and they decide they don’t want to date anymore??!”

Ok. First off. Breathe. Second. You have a date to get ready for, so here’s a little insight.

The first date ice is broken, and to keep things going,well you need to warm things up...literally! Research has been done that proves that physical warmth impacts perception of a person’s physiological warmth. What? No really. Dr. Amy Muise*, a social psychologist, revealed a study that showed offering a hot cup of coffee as opposed to an iced-coffee to someone, positively influenced the opinion of the receiver of the beverage...the person who was offered something warm (soup, a beverage, whatever) rated the person who offered the warmth as more "friendly" and "trustworthy" as opposed to the participants who were offered something cold. All good opinions, especially for a second date. So, the lesson? When it’s time to order...BRING ON THE HEAT! Maybe opt for teriyaki instead of sushi, coffee instead of iced tea, and you’ll have a better chance of securing that third date! 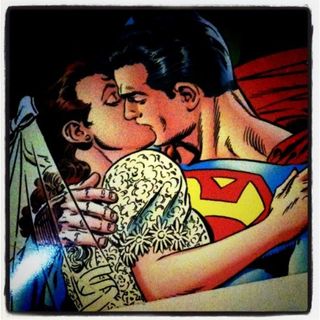 Well, it’s that time of year again. Comicon is taking over San Diego (some say the world) and the parade of capes, spears, masks, and magic wands strolling around is endless. For those of you not in Southern California or residing in the realm of geekdom, picture your favorite caped crusader behind you at the grocery store, or a Storm Trooper driving a Subaru next to you in traffic. After a couple of double takes, (or a couple years of this phenomenon) you start to not get so freaked out, and just take it for what it is. Folks living in the adventure and excitement of the unconventional. At least for a couple of days...

Hey, different can be good, right? Not doing the same thing all the time, can open you up to new experiences, new people, and new foods. But can this same sense of adventure work with dating, even a first date?

To get to the bottom of this question we at It’s Just Lunch® surveyed a group of single men and women.

Our group overwhelmingly voted for the unconventional, versus traditional first date by, 61.8% to 38.2% . And within that, women were up for an adventure on the first date more than men, with 65.3% to 56.3% saying that forgoing dinner and a movie for say, karaoke, was a good thing and not necessarily dooming the date for failure.

So, what does this mean? Is it OK to meet your date dressed as Spiderman and surprise them with a rock climbing adventure for your first date?

OK. Maybe during Comicon-in fact, it’s probably required. But for the rest of us mortals, who want a little adventure without risking a restraining order, we can get that same excitement from going against the grain just a bit. Maybe it’s some line dancing and beers, a championship of Monopoly, or even sky diving. Be yourself and be comfortable of course, but you don’t have to play it so safe all the time (except with any activity with major vertical drops). Hey Clark Kent eventually shed the monotony of the day job, and things worked out pretty well for him and Lois. 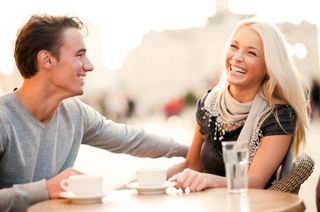 Whether you’re engaging in a lunch date, heading to an art gallery, going to a concert, or simply taking a stroll on a beautiful day, the point of a first date is to get to know someone and you can’t do that without conversation. There’s an old Buddhist saying about conversations called “Right Speech” that basically means the following: speak warmly, friendly, and gently and you can make friends and avoid war. For our purposes, we’ll extend it into use on first dates.  According to our annual It’s Just Lunch dating survey, over a third of singles mentioned easy conversation as an important component of compatibility. So what does this mean? You can dress to the nines, exude physical attractiveness, and even share a similar outlook on life; but if you can’t carry a conversation and verbally express yourself, you’ll have a hard time getting that important second date.

If you struggle with conversation on the first date or simply aren’t sure what to say, there are several tips we can help you with in order to get you going. First: know your current events. You don’t need to dive into the details of politics or the intricacies of a celebrity’s private life, but having a cursory knowledge of what’s going on will help drive conversation. Remember, ignorance isn’t necessarily bliss. Second: ask open-ended questions. Avoid asking questions that may just have a yes or no answer. That said, third: remember something your date said and come back to it later on in the conversation if possible. Everyone loves a good listener; it means you’re interested in what they have to say. Fourth: throw a few jokes into the conversation if appropriate. But please, make sure they are clean and inoffensive. Finally, five: be positive. This is probably the most important element to a first date conversation. While self-deprecation can be cute, it’s rarely a turn-on or a chemistry builder. The majority of people react well to positive thinking, so roll with it.

So what are some good topics of conversation for a first date? There are lots of options, but generally speaking the vast majority of singles polled in our survey said “hobbies and interests” are among the easiest conversation topics to tackle. After that came travel, followed by family, movies, and food.

It’s easy to come up with ideas of what to talk about; however, what people often have problems doing is avoiding topics that shouldn’t be brought up in the first place. You’re best served by not bringing up any past conquests. In fact, the majority of respondents cited conversation along those lines as a major turn-off. You may also want to avoid talking about money, health problems, politics, and the future. Now, some may say it’s disingenuous not to bring up discussion topics like those on the first date. What if politics, religion, money, physical ailments, or even an ex plays a large role in your life? The difference between good conversation topics and bad conversation topics is simply, common ground. First dates are opportunities to meet people halfway and see what they are all about. Often times, the topics under the “avoid” column are there because they might alienate a date or are deeply personal. Remember the goal of a first date is to get to know someone and make them feel comfortable!

Now that you’re engaged in a brilliant conversation with your date, it’s time to inject a little flirtation into the mix. Why? Because while good conversation will help strength a bond between two people, flirtation can help enhance chemistry; besides, you don’t want to get stuck into the “friend zone”, especially on a first date.

So what signals can you give off that mean you’re interested? Simple. Pay undivided attention to your date. Almost 50% of It’s Just Lunch survey respondents mentioned this as being a surefire sign the date went well. This means big things like actively listening and engaging in the conversation and little things such as turning your cell phone off, or not being distracted by what’s going on around you. Remember, a little attention can go a long way. So ride that wave and make your partner feel special. If the date is going well, they’ll return the favor. 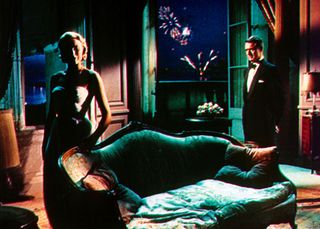 The Fourth of July wouldn’t be the same without them. It would just be any other day off from work, sweating it out in the backyard with friends, celebrating a break-up with England. But even better than holiday Fireworks?

The problem is, after the Dating Honeymoon winds down, and you’re in a relationship, how do you keep that excitement and intensity going?

Lesson one, according to Psychology Today*, is that fireworks need two specific kinds of fuel...Fantasy and Seduction. By carefully using both of these elements, you can prevent the fizzling, and create lasting passion.

Couples therapist Laurie Watson LMFT, LPC  talks about this in her recent article, "Fireworks in the Bedroom". She believes that there can be a disconnect for men and women between the physical aspect, focused on by men, and the seductive tension that builds up the fantasy of sex, that is needed by women.

So, how do you accomplish this men? Simple. By being verbally and physically attentive...compliments, smiling from across the room, embracing her around the waist, whispering how much you want her in her ear, letting her know how special she is, etc.  For women, these verbal and physical behaviors create the necessary fantasy about what’s going to be happening later.

Now, add in some candles, some music, and you’re ready to enjoy those relationship fireworks any night of the week!