Are you being Googled before or after your first date? You better believe it. In fact, it's almost becoming standard practice now. It's Just Lunch learned that an overwhelming 59.5% of singles admitted to conducting online research on someone they had plans to go on a date with in the near future. Most singles (45.5%) wait until after the first date to research a potential partner but there are still 26.5% of singles who do it before even agreeing to a first date. Another 31.7% of singles surveyed admitted to Googling a potential partner before the first date, but they also admitted they would not cancel a date because of something they found online.

If any of this should come as a surprise to you, well it shouldn’t given how easy it is to search for anything you want with the click of a button. Do you know what comes up in search results when people are searching for you? One way to find out is to Google yourself. Some of the most common search terms being used to learn more about you include your full name, your screen name, your email address and even your phone number if any of these items have been exchanged at any point in time.

There are many pros and cons to researching someone online before a first date. Just make sure you do so with caution, keeping in mind that someone could be very well be looking you up online too. You can’t find out everything about a person online as the Internet is filled with lots of misinformation and duplicate names referring to someone completely different. As in all aspects of dating, take your time and get to know someone offline through a series of interactions you believe will ultimately reveal a person’s true character.

Calling vs Texting: Why Singles Text First Despite Their Preference to Call

Technology has no doubt greatly shifted the landscape of dating as we know it. In fact, texting has become the new first step in dating. Despite this growing trend, most professionals singles still prefer the old-fashioned way of communicating with someone they are interested in with an actual phone call. But if so many singles prefer calling versus texting, then why are those same singles more likely to text someone first than to call them first despite their preferences? 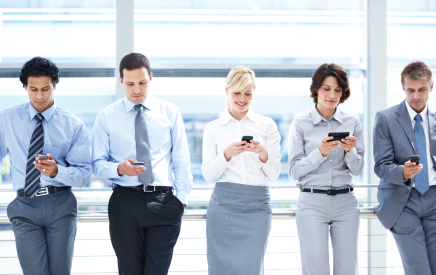 In a recent survey, It's Just Lunch asked 2,901 singles about their dating and technology habits. The results revealed that although 72.4% of singles surveyed are more likely to text someone first after swapping numbers compared to 39.9% who are more likely to call first despite the fact that 65.8% of those same singles actually prefer to call compared to 40.9% of singles who prefer to text. It certainly came as no surprise to learn that the younger the single, the higher the preference for texting while the older the single, the higher the preference for calling. Despite the differences in age, most singles all around definitely prefer calling over texting. It’s Just Lunch offers some possible reasons why so many singles are texting first despite their primary preference for calling.

Convenience. For professional singles who lead very busy lives, texting is a matter of convenience because it allows them to multi-task. They can send a text message while they are keeping busy at work, going out to lunch or heading toward the gym. It’s a quick and easy way to start a conversation.

Intimidation. When it comes to shy singles, texting creates a comfortable barrier between themselves and the person they may be too shy to connect with on a personal phone conversation. There’s also less pressure to be witty or quick on your feet when you have time to think before you text.

Fear of Rejection. Some singles, especially the younger generations of singles, are more likely to text someone first after swamping numbers because they can avoid blatant rejection. Getting turned down via text isn’t so bad compared to getting turned down over the phone. Additionally, some singles are easily discouraged by an unanswered or unreturned phone call.

Icebreaker. Other singles use texting as a strategic first move to help break the ice before placing the phone call. The rationale behind the icebreaker text is that it increases the probability of having your phone call answered by re-establishing the initial connection that instigated the phone number swap in the first place.

What about you? Do you prefer calling or texting? Does your actual behaviour reflect that preference? Now that you know more singles prefer calling over texting, how likely are you to change your dating behavior?

20 Years of Dating & Matchmaking for Singles

20 Years of First Dates from itsjustlunch

Find out what other busy singles have to say about dating, chemistry, first impressions and other dating-related topics for professional singles.