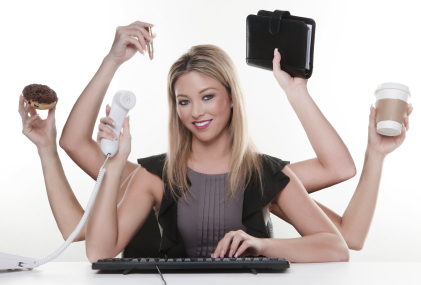 Who hasn't wished for more hours in a day at some point or another? If you're a busy professional single, sometimes the 9-to-5 routine can become quite exhausting, especially for singles with long commutes to and from work.

The Business Insider recently posted tips to help busy singles at least escape the 9-to-5 mindset if not the routine. One of the most important tips shared is making a change when something is not working. After all, if you keep doing something over and over again expecting different results, you might drive yourself mad so it's definitely important to change things up a little to see the change you wish to see. Translate that into your dating life, and the same can be said. If you're not happy with your current dating pool, for example, try splashing around in a new pool, so to speak.

Another tip we really liked for making work days feel shorter is giving yourself less time to complete a certain talk. This one was particular interesting considering some professional singles like to plan ahead and budget more time to a particular task than needed as a time cushion in case there are any road blocks or complications. But Time Ferris, author of The 4-Hour Workweek recommends using Parkinson's Law, which dictates the perceived important of a given task relative to the budget time given for completion.

If you are interested in learning more about shortening your work day, working less and making more, then read the rest of the article on Yahoo! or check out Time Ferri's 4-Hour Workweek book.

In the meanwhile, follow It's Just Lunch on Facebook  to stay in the loop with future blog updates or submit a dating question we can blog about! 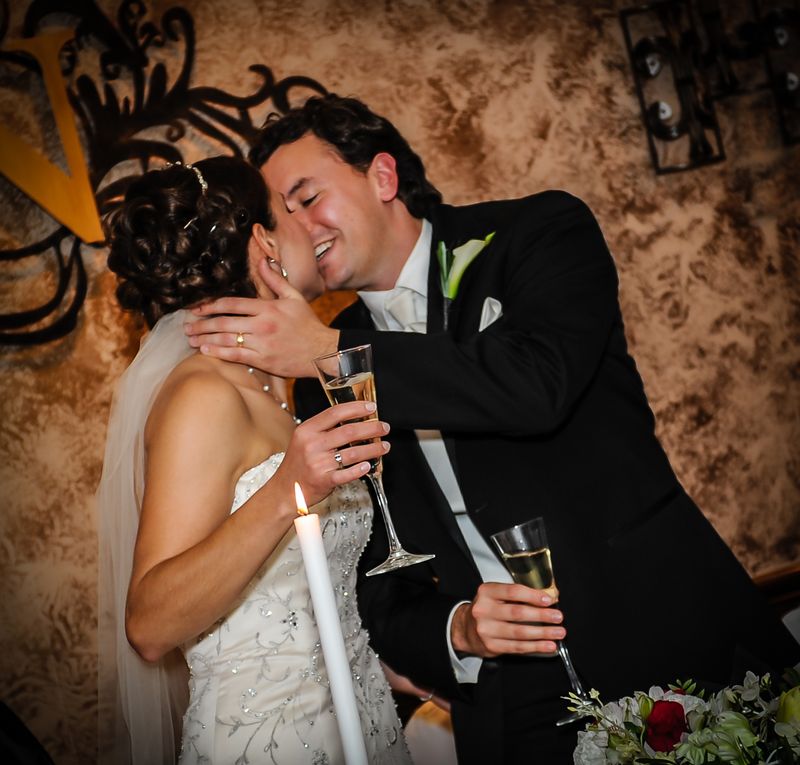 Jonathan and Elizabeth were both professional singles in their early 30’s when they joined It’s Just Lunch. They both have busy careers (Elizabeth is a Pharmacist and Jonathan works in Commercial Real Estate), had never been married, didn’t have children and were meeting people through friends. Both were nervous to join and had never tried anything like this before.

Elizabeth ultimately decided to join It’s Just Lunch because she was sick of meeting “stupid guys” and really wanted to meet someone of substance to share a long-term relationship with. Jonathan wasn’t meeting the right type of girls and was annoyed with his friends harassing him when he was going to meet “the one”.

Jonathan and Elizabeth met at the Chop House in early September 2010 and hit it off; both found each other easy to talk to, attractive and they exchanged information, both hopeful for a 2nd date. They continued to date, put their membership on hold for each other a month later and continued to explore their relationship together. While making gingerbread cookies, Jonathan proposed on Christmas Eve 2011, and they were married this past October.

Gina, their matchmaker was thrilled to receive the wedding photos with a note of thanks for introducing them. She noted, “Elizabeth was a catch! She was intelligent, fun-loving and a beautiful girl that had a lot to offer. She needed a gentleman who would respect her family, friends and appreciate that she was driven in her career. Jonathan was just the type of man she desired on so many levels. He was serious about the process and he was looking for a respectful, family-oriented and educated woman to grow old with.”

Elizabeth was Jonathan’s second date with It’s Just Lunch, and Gina remembers the excitement of receiving their feedback from that first date; it was the perfect match!

A big “thank you” to Jonathan and Elizabeth for sharing their story and pictures with us. We wish you a lifetime of happiness and love, it was a pleasure working with the both of you! 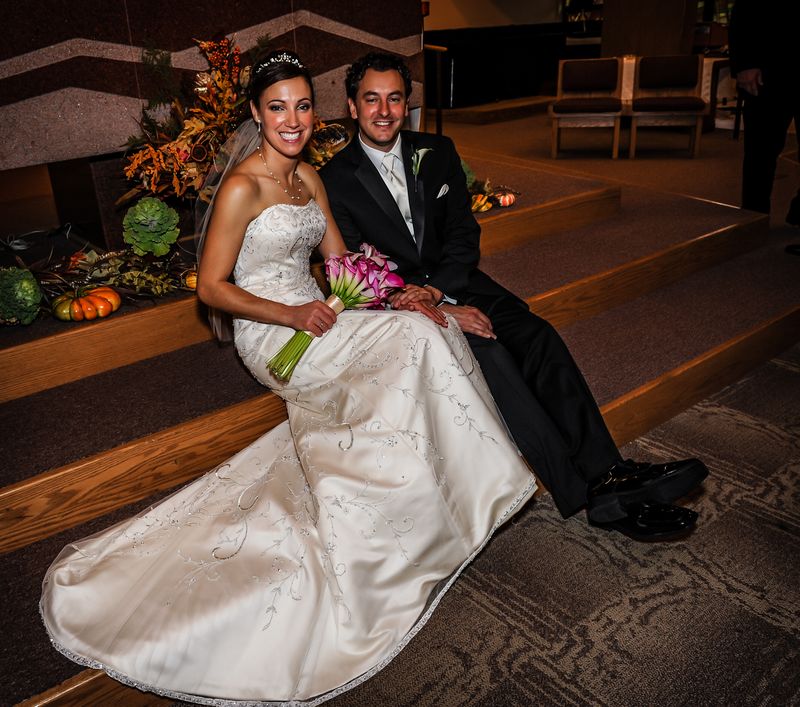 Posted at 07:53 AM in Matchmaking Success Stories | Permalink 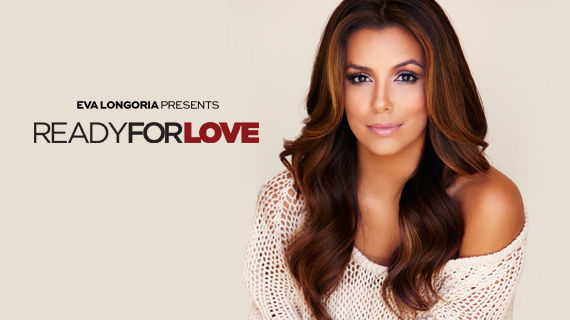 Did you happen to catch the two-hour premier episode of NBC's new reality dating series "Ready for Love" produced by Eva Longoria ("Desperate Housewives") this past Tuesday on April 9, 2013?

Hosted by power couple Guiliana and Bill Rancic, Entertainment Weekly reports the show was a flop despite the 3.8 million viewers that tuned in after watching the "The Voice".

The premiere episode of the reality dating show followed Plain White T's band member Tim Lopez as three highly-acclaimed matchmakers introduced Lopez to four women hand-selected by each as a great match for the well-traveled rockstar searching for a loyal woman supportive of his music career. Of the four women selected as a match for Lopez, he must select only three to move forward in the dating competition before even laying eyes on them first, leaving a total of nine women to compete for his heart.

After a group date and a few one-on-one dates, the matchmakers ultimately select one woman from each of their teams, for lack of a better word, to put on the chopping blog. After selecting to save one women from being sent home, he and the two remaining descend down to a secret garden where he must make his decision and send one women home, leaving eight remaining contestants.

The great thing about this show is the importance of feedback in the matchmaking process. As part of the show, the matchmakers provided the women with helpful dating advice, all though it does make you wonder which woman each matchmaker is secretly rooting for, doesn't it? Getting feedback about your dating habits is more important then dating singles realize because it ultimately helps improve your dating experience drastically when you know why he doesn't call or why she may have ignored your call. Despite the importance of quality feedback as part of the general dating process, you want to take it with a grain of salt. At the end of the day, you never want to compromise who you are or your value no matter what anyone might tell you.

Despite the low approval rating of the show, there are two things professional singles can learn from watching the show. Always be yourself, and lose the checklist!

How do you know when someone is ready for love? 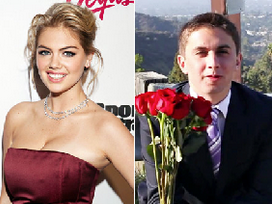 Kate Upton has been making headlines over the past couple weeks after a high school senior asked her to his prom in a YouTube video that went viral, eventually sparking a controversial debate over the culture of male and female entitlement on April 2, 2013. Unfortunately for the star of "Kate Upton, Will You Go To Prom With Me?" she rescinded her initial RSVP on The Today Show due to her busy schedule. In fact, she's already making new headlines on April 6, 2013 by tweeting an image of herself cuddling with a baby tiger from a shoot for Harper's Bazaar. But back to the controversy she inadvertently started among professional singles across the nation.

Kat Stoeffel from The Cut referred to Jake Davidson's social media campaign for the Sports Illustrated swimsuit model to be his prom date as "an exercise in emotional extortion" while Slate writer Amanda Morcotte referred to it as a contribution "to the overall culture of male entitlement." Conor Friedersdorf from The Atlantic questions why some are making Upton out to be a victim expressing that such a viewpoint "diminishes Upton and vests Davidson with more power than he possesses or ought to possess." This whole debate brings up a very interesting issue among professional singles about entitlement issues of not only men, but women as well.

"Her [Kate Upton] "yes" would have reinforced the idea that women owe something -- attention, time, sex --- to men just because they've asked nicely. Or paid a compliment. Or bought a drink," writes Stoeffel in an article applauding Upton for not going to prom with a nerd. She goes on to write," For powerful women, acquiescence is the sure path to likability." Do any of you singles agree with that last statement?

In Marcotte's post for Slate, she writes that "adults should be appalled. All that's been taught here to young men is that they are entitled to women's attention simply because they ask for it." Do any of you singles with children share this belief that other single parents might be teaching their children to share such gender entitlement beliefs?

When it comes to entitlement issues, there is a school of thought shared among certain men that women feel entitled to free dinner or drinks in exchange for their time on a date. There is also an alternative school of thought shared among women that men feel entitled to at least a good night kiss if not something more in exchange for a free meal, depending on the expense. Then there are others, dating experts and matchmakers included, that ask themselves why singles can't just enjoy the company of other singles they date without any expectation of the outcome other than to get to know someone and see the world through their eyes for a moment.

It appears as though Kate Upton and Jake Davidson have become the poster children for a problem that is not entirely uncommon for non-celebrity professional singles. It’s like the dramatic marriage proposal with writing in the sky or with everyone staring at you in front of the Magic Castle at Disneyland. Just as Stoeffel articulated, a sympathetic gesture becomes a form of emotional blackmail when put on the spot and “Will you marry me?” becomes “Will you please not humiliate me in front of all these people?”

Have you ever been a victim of such gender entitlement issues? What was your initial reaction?