Dating, Chemistry and Timing
Talking Points for the Big Game for Non-Football Singles

What Super Bowl Commercials Can Teach Singles About Relationships 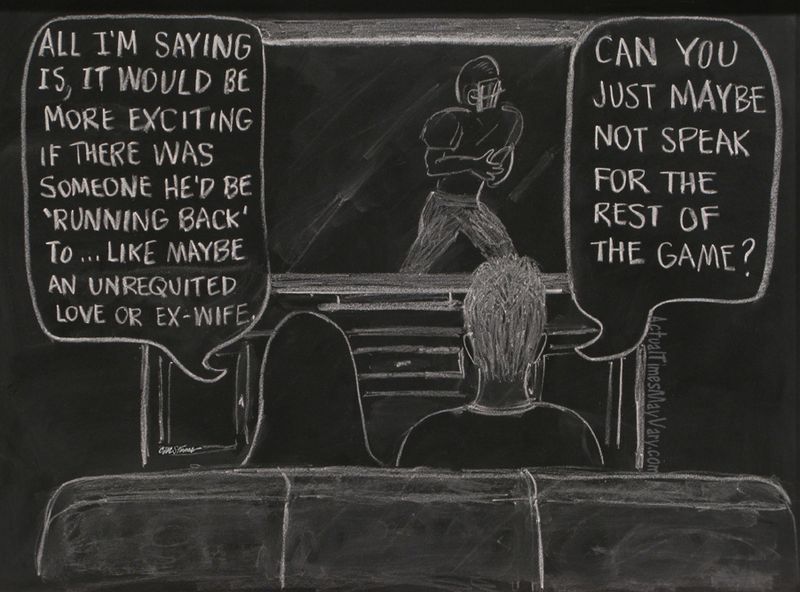 If you’re usual dating routines aren’t working for you, then it might be time to rip a page from some of your favorite Super Bowl commercials of all time. With all the hype surrounding this year’s Super Bowl, starting with Bud Light’s teaser Super Bowl ad featuring Arnold Schwarzenegger warming up for an epic game of ping-pong, It’s Just Lunch came up with five relationship lessons singles can learn from watching the Super Bowl, if only for the commercials.

With Super Bowl advertisers spending $4 million and upward for a 30 second commercial, many of them are expecting a higher return on their investment for every dollar spent in the form of increased purchase intent. Much like joining a recreational sports team, you’re only going to get out of it as much as you put into it. If you don’t show up or make any efforts to improve your (dating) game, then you’re not going to have the same experiences as someone who does show up and make an effort. Take charge of your own love life by putting in the time and energy  required to make a relationship last for the long haul.

We all just want to connect with someone on a deeper level.

Emotional appeal is the number one leading element found in virtually every Super Bowl commercial you’ve ever watched. This year, Super Bowl advertisers are leaning heavily to creating a sense of nostalgia that will resonate with the masses by transporting them to a different era through pre-turn-of-the-century music, flashback images from the past and celebrities from the past, like Arnold Schwarzennegar who we haven’t seen with shoulder-length hair since his “Conan the Barbarian” days back in the 80s.

Humor can go a long way, especially when tensions are rising.

Falling right behind emotional appeal, humor is considered the second leading element you’re likely to find in some of the most memorable Super Bowl commercials. Remember watching Betty White get tackled for a Snickers commercial or when Seth Rogen and Paul Rudd thought they were the next big thing for Samsung? Humor is a great way to diffuse tensions, both on the field and off the field where its likely to count most in your current or prospective relationships.

We all have a secret desire to escape from reality and revisit our youth.

When people watch the Super Bowl, they get super absorbed into it and become very present in the game itself. In fact, some people even treat Super Bowl Sunday almost like a religious holiday, and use it as a day to get away from it all and get lost a someone else’s reality for a change. This kind of plays out in relationships as well. If relationships truly make the world go round, then the best kinds of relationships are the ones that makes you feel like you and your partner are in your own world together.

Expose yourself to a new world when you step out of your comfort zone.

USA Today reports singing and dancing football stars in a Super Bowl commercial for Pepsi to include the likes of Terry Bradshaw and and Deion Sanders. We’re not quite sure what to expect, but we wouldn’t be surprised to see America’s favorite iconic NFL players in tutus considering all the hype of putting them in a new light for the Pepsi spot. If Pepsi’s goal is to reach new audiences, such as musical lovers and Glee fans, then it might be worth noting for singles. If you’re tired of your current dating pool, try stepping out of your comfort zone to expose yourself to a new world of people waiting to meet you.