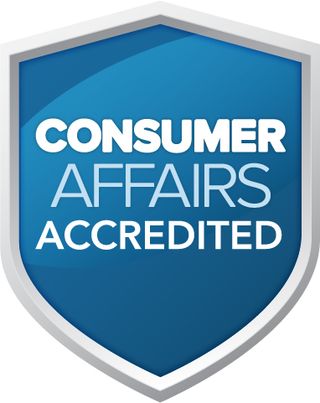 We generally don’t like to toot our own horn here at It’s Just Lunch, but we are thrilled to announce we are now the highest-rated dating service according to Consumer Affairs. It’s Just Lunch takes this ranking very seriously, because it is based entirely on reviews from real clients.

We wanted to take this opportunity to recognize our amazing matchmakers who are out there on the frontlines making the magic happen. Our clients trust us with one of their most important assets – their hearts – and our matchmakers work tirelessly to make the connections that can change our client’s lives.

You don’t have to take our word for it though, check out these reviews by our clients on Consumer Affairs:

Are you ready to meet someone new? Let the matchmakers at It's Just Lunch help you. Get started today by calling us at 1-800-489-7897 or click here to tell us a little about yourself.

Posted at 08:22 AM in Matchmaking Success Stories | Permalink 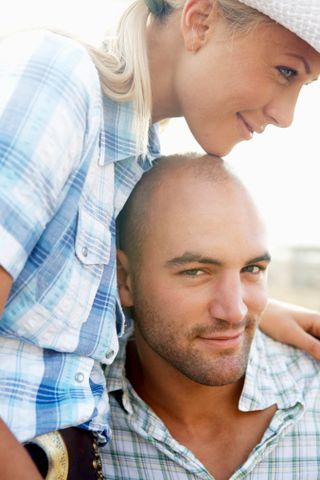 Go ahead - admit it. You have a list somewhere of all of the attributes of your perfect man. It probably goes something like this: at least 6’ tall, blonde hair, a graduate degree and must love dogs. Your list might go on to cover things like religion, politics and whether they want kids.

Deal breakers. We all have them. And when it comes to debating relationship deal breakers there are usually two groups of people: those who think you have every right to be selective and those who are adamant you may be missing out on Mr. Right (don’t worry guys, we have a post just for you coming soon) by limiting your pool of prospects.

Be mindful, this isn’t about settling. It’s about keeping an open mind when considering new men instead of nitpicking over the insignificant surface details. Because, perhaps, that 5’8” man with dark brown hair will have you laughing until you cry and make you wonder how you ever lived without him.

To help you cut through which items on your list are deal breakers and which are merely part of some fairytale in your head, we put together a list of the eight deal breakers that really shouldn’t be considered deal breakers.

He’s Shorter Than You

The average height of a man in the US is approximately 5’9.” If every woman is looking for a man taller than average, competition is going to get vicious. Being open to dating men who are shorter than average or of average height is the fastest way to increase your pool of eligible bachelors. Who wants to hurt their neck trying to kiss a man who is a foot taller than them anyway?

A lot of people pass judgment when they see a couple with a considerable age gap. Terms like gold digger, cougar and dirty old man are thrown around, and sometimes it really can be difficult to have an equal partnership when both individuals are at different points in their life. This doesn’t mean that the relationship won’t work. It just means you need to acknowledge the fact that the relationship will come with pros and cons that occur when dating with an age gap.

Tisk tisk. While it's important to be attracted to the one you're with, it doesn't make sense to rule out an entire chunk of the population just because they flaunt a goatee or begin balding early in life.  Statistics show the number of U.S. men experiencing hair loss is up to 35 million. So before you rule them out, think about Bruce Willis, Jason Statham and Ed Harris. Who knows? Someone like them could be the man you’ve wanted so baldly….I mean, badly.

He's Lives Far Away From You

Long-distance relationships can be rough. They can be lonely, expensive and frustrating – both emotionally and physically. But they can also be worth it. People travel more today than in any other time in history. They travel for work and they’re willing to commute further. All of these things make it more likely that you’ll fall for someone who doesn’t live in close proximity.

Don’t let this scare you. Long distance relationships can reap considerable benefits. Not only will you learn how to be an effective planner and communicator, but you’ll also know that your relationship is more than just physical.

Dr. Crystal Jiang, of the department of communication at the City University in Hong Kong, claims, "Long-distance couples try harder than geographically close couples in communicating affection and intimacy, and their efforts do pay back."

He Doesn’t Have a College Degree

Bill Gates. Steve Jobs. Mark Zuckerberg. They all have one thing in common (ok, they have a few): no college degree. A lack of formal education does not necessarily mean he lacks intelligence or ambition. But if he’s sitting on the couch everyday, and expecting you to pick up the check on date nights, we won’t blame you for dropping the dead weight.

He Has Feminine Hands

Feminine hands have ruined many a budding relationship. Ladies, we get it, it’s normal to want someone strong and masculine. But seriously, turning down a guy for a trait that he can’t change, and frankly, shouldn’t have to change is a little shallow. Who wants a back rub from rough, calloused “man hands” anyway? Give those soft, “feminine” hands a chance!

He Can’t Dress Himself (Well)

Any men out there reading, consider this your public service announcement: it’s time to leave the denim disaster known as jorts (jean shorts) in the ‘90’s, and be mindful that a dress shirt is meant to frame a man’s face. Button it up. A chest hair afro poking out of the top of your shirt isn’t doing you any favors.

Also, those funny t-shirts are not funny anymore. No grown man’s wardrobe should include a t-shirt that has a saying on it with a type of alcohol, a woman’s body part, or a bodily function. If you are no longer hanging out on a college campus, it’s time for them to go.

Ladies, don’t be scared away. It’s nothing a little shopping can’t fix.

For reasons undetermined, men’s attitudes towards jewelry are on the move. Let’s face it, most guys wearing gold chains don’t look like Jay-Z. Don’t even get us started on thumb rings and cuff bracelets.

In their defense however, women are constantly experimenting with new accessories to add some flash to an outfit. For years, men have been confined to cufflinks, tie-pins and timepieces. Can we blame them for trying?

Meet the Man Beneath The Deal Breaker

Listen ladies - a man that smokes can stop smoking. They can get in shape and master the art of dressing like a man, rather than a teenage boy. And you never know, he could still be living with his mother because she has an extended illness.

Your soulmate could be bald. He could be short or have feminine hands. But if you’re only looking to date a man taller than you, with calloused hands and hair like Fabio, you may never find “The One.” Be open to the potential that lies in the man beneath the deal breaker. You’ll never know until you try.

Need some help getting out of your own head and opening yourself up to meeting someone new? Let the matchmakers at It's Just Lunch help you. Get started today by calling us at 1-800-489-7897 or click here to tell us a little about yourself.