Confidence is Key, Too Much is a Dealbreaker 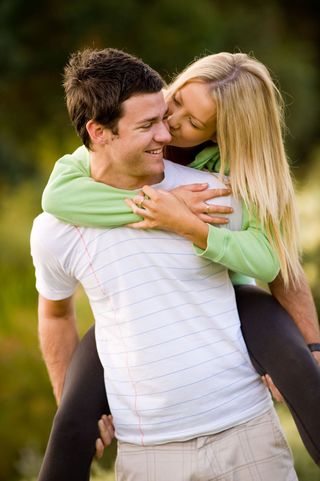 Confidence is sexy! A dash of self-confidence creates the perfect recipe for a positive first impression, whether it is a first date or networking community event. People who glow with a bright, friendly attitude tend to attract an abundance of people who want to meet them.

The key to gaining self-confidence is to recognize and appreciate what's great about you and accept what's not so great. We all have strengths and weaknesses. If you love and accept who you are, others will too.

Try these three things to boost your confidence in time for your next date:

1) Don't Compare Yourself to Others
Stop putting yourself up against others as a way of measuring your desirability. Know that you are a hot ticket in your own right, with your own unique abilities and qualities. Something that turns off one person will spark romance in another. Don't waste your time with people who don't see what it is you have to offer.  When you like who you are, people will be naturally drawn to you.

2) Turn to Your Network for Your Net Worth
Surround yourself with people who treat you with love and respect. Weed out the ones who are overly negative or critical. Create a positive environment.

3) Date More!
The more exposure you have to the dating experience, the easier it gets. As you handle all the different situations and come in contact with different people, it will reinforce your positive qualities. You will also gain confidence in your ability to meet, mingle and engage with new people.

But Avoid Crossing the Fine Line into Cockiness

There's a fine line between "Oh, he's interesting . . ." and "What an arrogant, self-absorbed jerk!"  How does this happen? A few symptoms of crossing into cocky country include one-upping conversation habits, interrupting your date to get your words in and treating others with disrespect.  Identifying when you veer off the confidence course will give you the chance to present yourself as charming and confident, not annoying and arrogant.

This post originally appeared on the Vancouver It's Just Lunch blog.

Are you feeling confident and ready to get out there and meet your match? Let the matchmakers at It's Just Lunch help you find your match! Get started today by calling us at 1-800-489-7897 or click here to tell us a little about yourself. 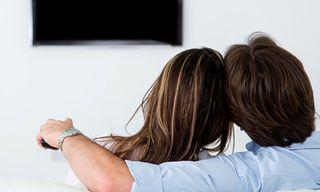 Last night marked the beginning of the college football season at the sport’s highest level. No doubt, there are fans across the nation already stocking up on charcoal and face paint.

If you found you were fighting over the remote last night, it's going to be a long weekend - and I don't mean Labor Day. College football games continue tonight . . . and all day tomorrow . . . and there are more Sunday and Monday.

And if you’re not a college football fan, you might be wishing you weren't dating one by the time Tuesday rolls around.

It’s Just Lunch, a matchmaking service for busy professionals, conducted a survey of over 1,400 people to determine the role sports play in relationships. According to the results, the role can be pretty important – especially if you’re younger.

Glued to the tube

The younger someone is, the more likely they are to spend all day Saturday or Sunday in front of the television watching college football or the NFL. Forty-one percent of 25- to 34-year-olds said they’d be excited to learn that’s how their partner wanted to spend the day. Unfortunately for the sports fans, that number was just 16 percent when 45- to 54-year-olds were asked the same question.

We asked college football fans on Twitter what their significant other does on Saturdays while they’re busy watching college football. From the responses, it sounds like it’s a great day for a little “me” time.

Some in our survey might not be happy simply chalking up college football Saturdays as “me” time. Fifty-nine percent of men and 43 percent of women said they wanted a partner who would watch a game or go to a game every once in a while. Twenty-five percent of the 25- to 34-year-olds said their partner must like sports and be willing to go to and watch games. That insistence seems to fade with age. Just 10 percent of 55- to 64-year-olds felt so strongly about sharing their sports habit with their significant other.

It seems those disagreements over how many games you’re going to watch, or attend, might not be so great for your relationship. Nearly one in every five people who took the survey indicated sports have negatively impacted a relationship in the past. For 18- to 24-year-olds, that number rose to one-in-three. However, it dropped to one-in-ten for 55- to 64-year-olds.

Women identified the primary issue as the amount of time and money spent on sports, while men admitted a bad mood after a “crappy game” caused a fight.

Posted at 06:33 AM in Dating Advice, Dating Tips, Sports | Permalink