The Playing Field May Be Level After All 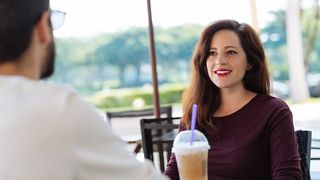 We’ve all seen the movies where Hollywood gives us hope that we can date someone out of our league – “Hitch,” “Knocked Up,” “Beauty & The Beast,” and the list goes on. But is it possible to “date up” in real life?

According to science, the answer is yes!

A recent study published by Psychological Science gives hopeless romantics a glimmer of faith that it can be done – by becoming friends with the desired person first as attraction can grow over time.

The study surveyed 167 couples – 67 dating and 100 married for various lengths of time – about how long they knew each other before beginning to date and whether or not they had been friends before dating. Researchers also independently rated each individuals’ physical attractiveness.

Results showed that people who started dating within a month of meeting were more similar on the attractiveness scale, whereas couples who knew each other, or were just friends for more than a month before dating, were less equal on the attractiveness scale. In other words, people do become couples despite not having an instant physical attraction.

"If you happen to be shooting for someone ‘out of your league’ (in terms of attractiveness, at least), you may be more likely to succeed if you get to know the person for a while rather than going for it immediately," said the study’s lead author Lucy L. Hunt of University of Texas at Austin’s School of Human Ecology.

The study also detailed more about the influence attractiveness has on relationship satisfaction. Even though couples who started dating soon after meeting were more likely to match based on attractiveness, it didn’t effect long term happiness, and neither did being friends first.

Let’s say you show up for your first date and the sparks aren’t immediately flying. Your first instinct might be to shut down mentally and emotionally and down your drink as quickly as possible so you can get out of there.

Slow down and give it a little time. The study noted, “As individuals become acquainted over time, romantic impressions become increasingly unique and less consensual.”

And what are some of the best ways to get acquainted? Things such as making someone laugh, the ability to have a great conversation and having common interests can help perceptions of people change over time.

Are you ready to get out there and meet your match? Let the matchmakers at It's Just Lunch help you find your match! Get started today by calling us at 1-800-489-7897 or click here to tell us a little about yourself. 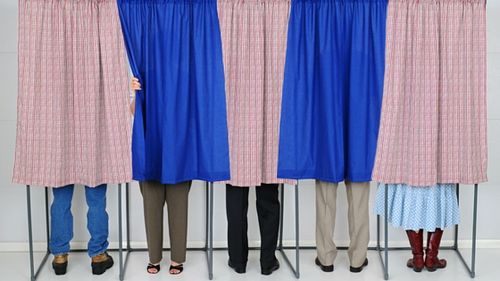 As we march toward the November elections, and next year's Presidential election, we want to check in with you and find out how politics has impacted dating and relationships for you.

Please take our survey below (or access the survey here on a mobile device):

The 3 Biggest Dating Mistakes Women Make (with tips for how to avoid them!) 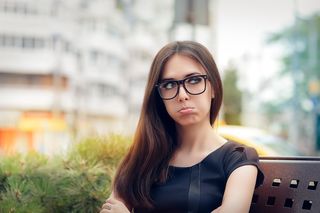 Here's the deal, ladies—when on the dating scene, we can be our own worst enemy.  We complicate relationships and sabotage them before they even get off the ground!  Read on to learn the mistakes women frequently encounter on their quest to meet The One.

Moving Too Quickly.  After a promising first date, it's natural to feel excited about the possibilities.  But don't start flipping through bridal magazines just yet.  In fact, your enthusiasm for your burgeoning relationship could inadvertently scare him off!  Early on it's best to show restraint and keep your feelings in check.  Women often get frustrated at this stage—we're falling in love and want to express it!  But although you're getting to know him, there's still a lot you don't know.  Look at it this way—if you unleash too much emotion too soon, he'll wonder, "Does she really like me?  Or is she just glad to have a guy—any guy—around?   And frankly, that's a reasonable question on his part.
Dating Tip:  Think of your new relationship as a movie.  Sit back and watch it play out—let things evolve naturally.  Don't project!  When we project what we hope will happen, we can't see what actually is happening.

Overanalyzing.  Women love nothing more than some good girl talk!  And what do we typically talk about?  Guys, of course!  We dish, dissect, and analyze our relationships ad nauseum.  Most of it's harmless, of course.  But we can get into trouble when nit-picking situations and making something out of nothing.  Furthermore, for some reason, we tend to ask our girlfriends to help us figure out our boyfriends.  Does that really make sense?
Dating Tip:  Cut out the middle-man (or in this case, middle-woman) when trying to discern what your new guy is thinking.  Instead of asking your girlfriends to decipher his last text, see what your brother, cousin, or dad has to say.  Let the men in your life provide insight into the male psyche.

Being Too Available.  Men like a challenge.  Don't deny them the fun of pursuing you!  We all value things we have to work for, so it behooves women not to appear overly available early in the relationship.  Yes, you want to be authentic.  No, you don't want to play games.  But smart women live busy, full, fantastic lives.  So honestly, we can't be very available to a guy we've just met!
Dating Tip:  Live your life to the fullest!  Consume yourself with your passions, goals, and dreams.  Carving out space in your schedule for your new guy will communicate two things—1) you've got a super busy fabulous life and 2) you like him enough to make time for him!

Listen, ladies!  You have so much to offer!  Put your best foot forward and give your new relationship a strong chance of success by following the tips listed above.  Let the connection develop slowly, don't over-think it, and no matter how much you're into him, stay fully "into" your own life!