Does Employment Status Make a Difference In Dating?

Recently, It's Just Lunch was featured on Opposing Views for a survey it did concerning how professional singles feel about dating someone who has a job versus someone who is unemployed or "in between" jobs as most professionals might prefer. It's tough admitting when you're single and unemployed to prospective romantic interests, but it's even tougher when you're a man.

For some singles, their identity is greatly associated  with their employment status, men in particular. In fact, in his book "Act Like a Lady, Think Like a Man", even Steve Harvey admits that men define themselves by three things: who he is (his job title),  what he does (how he earns that job title) and how much he makes (the rewards for the fruits of his labor). In turn, he also writes that if a man truly loves a woman, he will do three things for her: provide, protect and profess his love for his woman. But the only way a man will be willing to profess his love to a woman, according to Steve Harvey's logic anyway, is if he is getting at least three things from his woman: support, loyalty and of course, sex.

But there is a flipside to this logic. How do women define themselves if not by some of the standards men hold themselves accountable? The reason for posing this question is because of a recent "Scrubs Study" (as Cosmopolitan magazine is now referring to it as) by It's Just Lunch indicating that although women are not okay dating a man without a job, men are more than okay dating an unemployed woman. While this may be good news to unemployed single women, it's almost at the detriment of their own self-esteem. This begs the question as to how women define themselves.

In an age of feminism, women too are defining themselves by the same set of standards as men... who they are, what they do and how much they make... because single women today are living in a world where they need to be able to provide and protect themselves, even profess their love to themselves because unemployment for anyone, man or woman, can definitely put a dent in one's self-esteem.

Although the results of the so-called "Scrubs Study" by It's Just Lunch revealed that employment status only makes a difference for woman and not so much for men (on account of the fact that being able to provide for a woman makes a man feel more like a man), it would not be too far-fetched at all to say that employment status may in fact make a difference for men as well. The reason for this is because men want to be with a woman who is confident and secure with who she is and where she is at in life, and that may not always be the case when a woman is single and unemployed.

Posted at 09:07 AM in Current Affairs, It's Just Lunch Surveys | Permalink

Best Places to Watch the Super Bowl for Singles 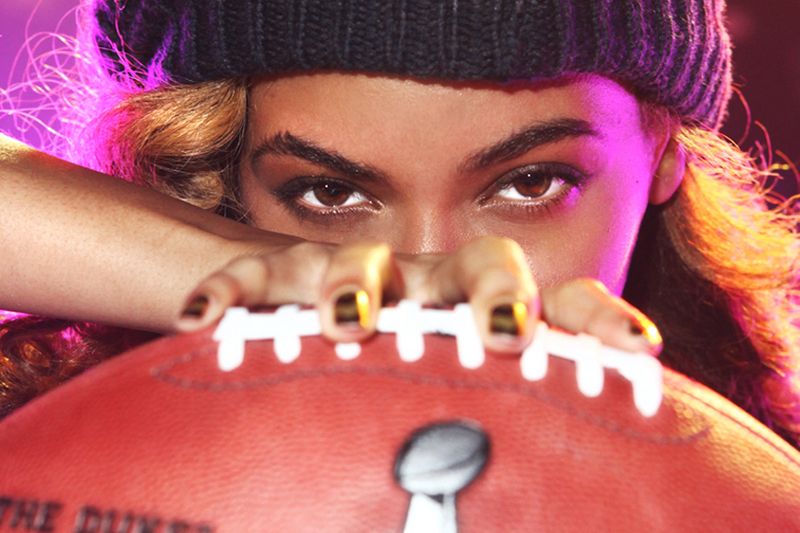 In a recent survey, It's Just Lunch discovered that while both men and women agree on first dates on Super Bowl being a huge no-no, the genders seem to disagree as to where and how they prefer watching the Super Bowl. An overwhelming 53% of men compared to 32% of women prefer watching the biggest football game of the year at home while 53% of women compared to 38% of men said they would rather watch the championship at a Super Bowl party. It's no surprise considering most men probably don't want to be bothered with idle chatter as they absorb themselves in the game. On the contrary, women are by nature more social creatures, so they prefer the social interactions that are most likely found at a Super Bowl party where there tend to be lots of people and lots of chatter. Not surprisingly, most women watch the game for the commercials and the half-time show (both of which are topics for conversations) while most men watch the game mostly for the game itself.

The best places to watch the Super Bowl for singles may depend on your gender, but it mostly depends on how absorbed you want to be in the game. There are actually a handful of women in the singles community that don't mind watching the game, prefering it even over Valentine's Day as one It's Just Lunch Facebook fan commented on a recent post about the Super Bowl. If you prefer not to be interrupted, you may want to consider staying home to watch the game with a few good friends. If, however, you're watching the Super Bowl strictly for social purposes, then your best bet is to score an invite to a Super Bowl party where you be as social as you want to be in between commericals, or the game.

Follow It's Just Lunch on Facebook and tell us-- What is your favorite thing about the Super Bowl? 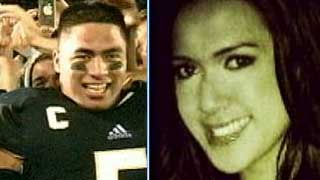 Unless you’ve been cooped up in your office with no access to public media, surely you have heard about how Notre Dame’s linebacker Manti Te’o got duped into a fake online relationship in what everyone is calling a “catfishing” sham. As it turns out, Lennay Kekua never died of leukemia nor did she ever exist outside of cyberspace.

The term has arisen in the sports world in the wake of the Manti Te’o dead-girlfriend hoax, which quickly went viral once the truth was exposed. It’s a term that was coined by a 2010 documentary called “Catfish” following the pseudo relationship between 24-year-old Yaniv Shulman and bored housewife Angela Wesselman, who fabricated her identify as 19-year-old Megan Faccio using pictures of another woman by the name of Adriana Gonzales. After a quote from Wesselman’s husband, Vince Pierce, about catfish, the term became an expression for falsifying one’s persona to carry out a fake relationship without ever really meeting in person.

Make plans to meet. If someone doesn’t want to meet with you, always flakes at the last minute and is constantly making excuses why they can’t meet, then you should save your time and energy for someone who actually gives you the time of day in the flesh.

Set up a Skype date. If distance is factor, then your online date should have no problem conversing with you via Skype. It’s all too easy for someone to post a fake photo of themselves and lie via text or phone. Be wary of someone who refuses to Skype with you no matter how good their excuse might be.

Look for red flags. If it’s too good to be true, then it probably is. Common red flags to look for include stories that don’t add up, foreign origins, and overtly romantic comments expressing any kind of emotionally forwardness. Real love and chemistry happens in the flesh, and face to face.

Do your research. Become a fact-checker. Google their name. Look them on social media in case you share a mutual friend who can vouch for them. Verify their information to make sure stories add up. If it makes you feel comfortable, conduct a background search just as you would before hiring a new employee.

Have you ever been the victim of "catfishing"? Meet It's Just Lunch Matchmaker Stephanie Kluver who did a fantastic job representing our company in a FOX TV segment where she expressed how important it is to meet in person and face-to-face.

Do you think Notre Dame linebacker Manti Te'o was really drawn into a fake online relationship, or do you think it was a publicity stunt sportswriters bought into full-heartedly?

The new It's Just Lunch survey is now available!  Weigh in and let us know what you think about common dating myths. 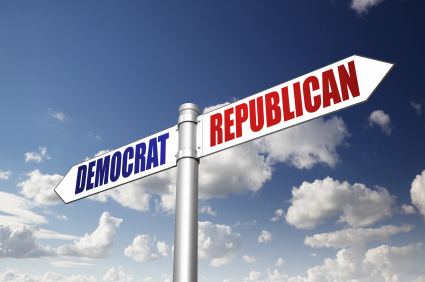 Many relationships, especially new dating relationships don't find themselves aligned on the same road trip. So is this an opportunity to explore a dynamic adventure and enjoy for the long-term? Or just a week-end getaway towards an inevitable break-down.

This question was in the forefront of our minds when we created our latest It's Just Lunch® survey (which is causing quite a stir out there in red and blue states alike).

56% of men believed that dating someone who has opposite political opinions might not make for a good long-term relationship, but it could create some fantastic passion.

56% of women disagreed. The survey revealed that women wanted to explore the differences and understand how men came to align with certain political opinions. Men on the other-hand, found the differences a green light to pursue a dating relationship-but were not interested in why women held a particular political stance.

So where does this leave the future dating state of political opposites? Stay tuned.

To read more of the yahoo article on our dating survey, click here.