It’s Just Lunch®: Personalized Matchmaking That Relies on Chemistry Between People — Not Profiles

Thanks to www.datingadvice.com for this wonderful write up about It's Just Lunch!

The Short Version: In the poke-nudge-wink world of modern dating, it can take a lot of time — and energy — to find your perfect match. For the busy single professional, finding that time can be a real problem. The solution? Hire an expert. The fully-trained staff of matchmakers at It’s Just Lunch are dating professionals who take the legwork out of finding love. Not only do they take care of everything, but their hand-picked matches and face-to-face dates ensure each couple has the best chance at chemistry. inSha

My friend Kara is always on the run. On an average day, she spends anywhere from eight to 10 hours at work, almost two hours commuting, and at least one more hour picking up groceries and dry cleaning. After fitting in a few hours of sleep and the occasional take-out meal, she barely has enough time to Netflix — let alone hunt for Mr. Right.

For the thousands of swamped singles struggling to fit dating between meetings and mergers, there’s It’s Just Lunch. A personalized matchmaking service that hand-selects each match, It’s Just Lunch has found success in making the dating process more efficient for their busy clients.  Read more

Preparing Your Kids When You Reenter the Dating Scene

There are many things that may have changed since you last dated, and one of those things that might be different is that you now have children. Whether putting yourself out there again excites or terrifies you, you’re probably wondering how to handle the situation with your kids.

Depending on the age of your children and your custody situation, there’s no one-size-fits-all way navigate things, but here are some tips from the matchmakers at www.itsjustlunch.com

to keep in mind as you reenter the dating waters.

Talk with them about it first

If your kids are old enough to have a conversation with you, consider sitting them down to explain that you’re going to start dating again. Tell them about your need to develop friendships with new people, but assure them that you’re not looking for someone to replace their other parent.

Most importantly, listen to what they say. Try to really hear their concerns or hesitations and do your best to address them.

You might get caught up in the excitement of a new relationship, but remember that your children might not be able to move at the same pace as you emotionally. Even if they haven’t met the person you’re dating yet, be careful about how much you share with your children and what you share. No matter how agreeable they are, or how much you view your child as a friend, most children will be easily spooked by something new coming into their life so fast.

You don’t need to introduce your children to everyone you date. Consider what might happen if your children do develop an attachment to this new person and then you break up and they suddenly have to adapt to even more change in their lives.

Wait until you’re sure you’re serious about someone and that you see the potential for moving in together or marriage happening down the road. Talk to your children in advance about how the first meeting will go and set some expectations.

And once again, listen to your children. How are they feeling? Nervous? Angry? Even if there’s nothing much you can do to assuage their fears, being willing to take the time to truly listen and empathize with your children can go a long way.

If the worst happens and your children dislike your new partner, don’t leap immediately into a defensive mode. Ask them questions about what specifically they don’t like. Try to get down to the root of the problem. Are they nervous about this person moving in? Were they hopeful you were going to reconnect with your ex?

Make your children feel heard and have reasonable expectations about the time it might take for them to feel comfortable with the situation. Don’t let them stop you from pursuing a new relationship and someone who makes you feel hopeful and happy again, but be patient and remember your children might need to be on a different timetable from you. 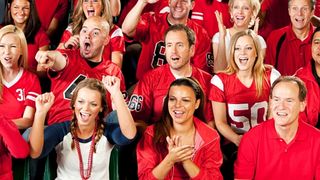 As we gear up for the Super Bowl this weekend, we've been thinking about all the ways in which dating is like football. When we put pen to paper, we realized they're even more similar than we initially thought . . .

When an NFL team takes the field, their uniforms are clean and pressed and tucked in. When you go out on a date, you want to look your best. Give some thought to what you’re wearing, and dress appropriately for the venue.

Everyone can’t be the quarterback

In high school it was the quarterback and the head cheerleader who ruled the universe. There will always be people around you who are clearly the quarterback, and sometimes you’ll find yourself wishing you had that person’s life. Don’t try to be something you’re not. Avoid exaggerating about your role at work or your financial situation. It will come back to bite you down the road.

Just like certain behaviors aren’t tolerated in football, there are some slip-ups that will get you in trouble on a date. Maybe you’re rude to the server or have road rage. If your date catches you at your worst, they could see it as a red flag. No one wants you to turn on them like that in the future.

Act obnoxious, and you will draw a penalty. Maybe  you’re a super fan that draws comparisons to Jimmy Fallon’s character in Fever Pitch. Or perhaps you’re  someone who tends to imbibe a little too much and annoy everyone around you. Whatever the case may be, showing too much of your personality too early can turn some people off. But maybe that’s for the best anyway – you want someone who likes you for you, right?

Don’t get called for holding

Try to get a little too handsy on the first date, and you may find yourself in trouble fast. Pay attention to the clues your date is giving you. Are they touching you on the arm while you’re talking? Small gestures like that mean they may be ready for more contact, but if it’s a first date and you’re not getting those signals, it may be too early for a first kiss or other physical contact.

You don’t want to order the biggest, most expensive thing on the menu or eat so much your date wonders if you have a hollow leg. Have a little snack before you go out to dinner on those early dates. It’ll keep you from getting crabby when the food doesn’t arrive for an hour, and you won’t embarrass yourself by overeating.

Neither Peyton Manning nor Cam Newton will be on their phones texting and checking their email during the big game. You shouldn’t be either. Leave your phone in your pocket, purse or car.

Few teams make it through the season undefeated. In fact, both teams in this year’s Super Bowl have a loss. You probably won’t go undefeated either – there will be dates and significant others who don’t work out along the way. You have to just suit up and get back in the game.

The best players do enjoy playing. Dating shouldn’t feel like an obligation or a chore. Go out there and have some fun.

If you find yourself heading for the goal line in a physical sense, you should always wear protection. Enough said.

Put a ring on

Last, but not least, the ultimate achievement in both dating and football is celebrated with some similar hardware: a ring!

Ready to get in the game? Let the matchmakers at It's Just Lunch help you find your match! Get started today by calling us at 1-800-489-7897 or click here to tell us a little about yourself.

Posted at 09:28 AM in Dating Advice, Dating Tips, Sports | Permalink

So, Your New Year's Resolution is to Meet Someone Special… Now What?

New year! New goals! New love? If you've resolved to rev up the romance in 2016, consider the suggestions below. You'll increase your chances of meeting someone special—maybe even The One!

Follow the suggestions above to take charge of your love life in 2016!   Who knows—by this time next year, you and your significant other may be working on resolutions for 2017 together!